Home / News / Brief Analysis of the Effective Ingredients of Ginger

Brief Analysis of the Effective Ingredients of Ginger

Ginger is rich in nutrition. At present, more than 200 chemical components have been confirmed in the research, of which protein accounts for 1.4%, fat accounts for 0.7%, sugar accounts for 8.5%, and contains gingerol, flavonoids, alcohols, alkenes, and many more. Vitamins and various trace elements and other ingredients. Humans have a long history of eating ginger. The "Shenlong Materia Medica" lists it as the top grade, and Chinese medicine regards it as one of the commonly used medicinal materials. The Ministry of Health of my country announced it as one of the first batch of plant resources for medicine and food, and it is a spice extraction industry. An important raw material.

The spicy components of ginger are gingerol (gingerol) and its decomposition products 6-singolene and 8-singolene. Gingerol is the general name of ginger-related spicy substances such as gingerol and ginger brain. Gingerol is the main active ingredient in ginger. According to its structure, gingerol can be divided into two categories: monoaromatic ring and diaromatic heptane, both of which include multiple components. Its composition and content vary greatly due to different conditions such as the place of origin, growth period, and processing methods. In vitro studies have found that both ginger water extracts and organic solvent extracts can inhibit platelet aggregation and platelet thrombosis, and their effects increase with increasing doses. Gingerol can effectively inhibit the cyclooxygenase activity of leukemia cells in mice, and the effect of inhibiting arachidonic acid-induced platelet aggregation is similar to that of aspirin. 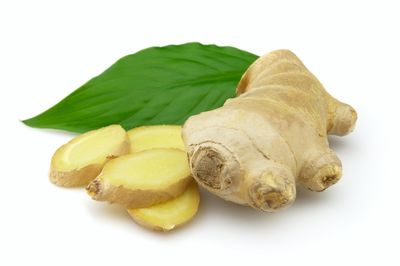 Flavonoids are one of the secondary metabolites of plants. Ginger contains flavonoids, which have strong antioxidant activity and are stronger than citric acid and ascorbic acid. Using 40 times the raw material in 75% methanol solution, the highest extraction rate at 60-65°C is 1.250%. The preliminary analysis is that the structure is dihydroflavonoids without ortho-dihydroxyl, free 5-hydroxyl and 7-hydroxyl on the A ring. In addition to antioxidant properties, flavonoids also have medicinal and health care functions such as lowering blood sugar, lowering blood lipids, antibacterial, anti-inflammatory, antioxidant, anti-aging, treatment of cardiovascular and cerebrovascular diseases, and elimination of free radicals in the body. 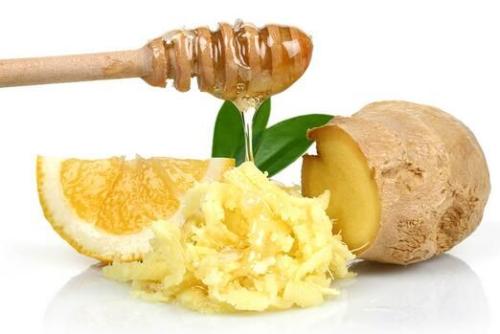 Zingiber officinale is a new type of proteolytic enzyme extracted from ginger. It belongs to the same thiol protease as papain, bromelain, and ficin. It can hydrolyze peptides and proteins of proline at P2 in a strange manner. The protease activity of fresh ginger storage stems is the highest, about 4.5 times that of tender stems. For this reason, storage stems should be used as raw materials for extracting ginger protease. Ginger protease can be used as a meat tenderizer; the confirmed curd properties make it a potential substitute for calf rennet in cheese production; the ability to hydrolyze specific peptide bonds makes it a promising protein sequencing and The tool enzyme for protein stabilization domain recognition has industrial development prospects.